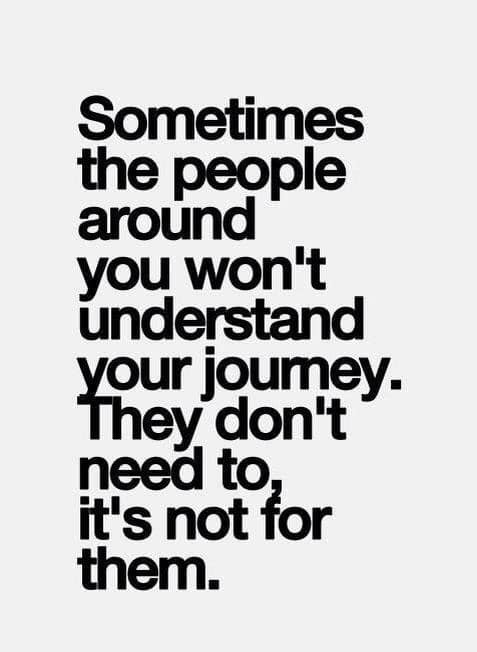 There are some people in our lives that don’t have our best interests at heart. As unfortunate as that is…it’s absolutely true. And the more you work on yourself and start doing what you need to do for yourself and to follow your true path…the more people you will find that won’t be very supportive. The good news is you will find a whole new crew that will be more aligned with where you are headed.

I’ve talked about my difficult relationship with my mother before she passed. She took some actions in her final wishes that I believe were an intentional punishment for not being the daughter she wanted. A slap in the face, so to speak. I don’t have a close relationship with my father either. I’ve always wondered what it is about me that makes even my own parents not have much interest in my life. It hurts. I don’t understand why this has happened to me. Am I such a horrible person that even my parents don’t want anything to do with me? I don’t think I’m a horrible person at all. I think I am just lovely. In fact, some would say delightful! I know on some level it’s not really my fault but it’s so hard to figure it out. And I’m tired of feeling like I don’t matter. So, I went back to my therapist for a couple of sessions.

She has helped me to see that it truly is on them (my parents). That they exhibit traits that show they are avoidant or even punishing if they don’t get what they want. I try to be a good daughter. I know I’m not the best daughter but I truly do try. I don’t always feel or felt like I got that in return. And I know that I deserve to be loved. I deserve to be a priority in the lives of the people who surround me. So if you aren’t feeling that from your crew…then it’s time to put some serious thought into certain relationships to see how they are contributing to your life.

I had considered cutting off contact with my mother several times through the years but I never followed through with it. There was a time that we didn’t speak at all for about 6 months because she was upset with my sister and I about something. Once she came around and admitted that she was wrong (this time she was so wrong) it was hard for me to accept her back into my life. But I did. Maybe I shouldn’t have because the relationship just got worse over the years. And she always blamed me for everything. Nothing was ever her fault. Even if she admitted she could see why I was upset…she would say she didn’t mean it that way. I guess that was her way of letting herself off the hook. And in the end, she hurt me in the most lasting way by giving me that last slap on her way to the spiritual world. I have to remind myself (constantly) that it was because of her issues and the way she was. Like I said, I don’t consider myself blameless but I honestly did try. I have to be okay and satisfied with that.

I’ve had fall outs with friends through the years that have been extremely hurtful. Some have just drifted away but some have been an argument that led to the demise of the friendship. I recently got into an argument with a friend and as I was attempting to make things better this other person just took everything in a way it wasn’t intended and ended up telling me off. Once again, I tried. I reached out to let them know that I wanted to see if there was a way to resolve the issue and I didn’t get a kind reply. So, I’m done. I can’t worry about it. I’m sorry I no longer have her friendship but sometimes situations become toxic and it’s best to just move along. I had another issue with a different friend who just suddenly stopped showing up in my life. I reached out to see if there was something wrong and was told that they were just busy and haven’t had time to see many people. This was a person I spent several days a week with. From that to not talking at all for weeks at a time. Hmmm….okay, I hung in there but she never got unbusy. For me anyway. I reached out another time and we got together to talk. I thought things were back on track after that. I would reach out to her and she would respond but still didn’t make much time for me. After a while I stopped reaching out and she didn’t reach out in return. I can’t sit around trying to figure out what happened anymore. I tried several times and things are still the same. Time to move on.

Meanwhile, I have so many friends now it’s incredible. I still have some tried and true friends from all different seasons in my life and I’ve recently made a ton of new gal pals with book clubs I have joined or neighborhood groups. It’s easier to make friends now than ever with social media groups and all types of meet ups.

As you continue on your journey to a better life people will resent that as well. You can’t worry about that. People will be annoyed if you don’t pay as much attention to them anymore. Or if you can’t do all the favors or meet up with them as much as you used to. Again, you can’t worry about it. You are your top priority and you have to take the steps that will get you where you want to go. The people in your crew will understand that and have your back no matter what. But we do lose friends and sometimes must cut ties with family members. It doesn’t mean you are a bad person. It just means that person served their purpose in your story and they aren’t in the next chapter. You will meet new people….the ones who will challenge you to grow and move in the direction you are going. Trust me! Do the best you can and if it doesn’t work, then move on. I know it’s so cliché but it truly is their loss.

Like I mentioned, I’m just lovely…some would even say delightful. If you don’t want to be part of that…I feel bad. Because I am super fun and you are missing out. But there is only so much a person can do. You are better than begging for friendship. Nope….not us. We won’t be doing that.

So keep doing you and don’t worry about those who don’t want to continue on your journey. You just keep being a big ole badass! Because you are, goshnabbit!

It’s taco Tuesday so go grab one and maybe a margarita. And make it your best day yet.

Listen to me discuss this topic today on my daily podcast available at Hopefulist.com, on Apple, Spotify, YouTube, and TuneIn. Just search for “The Hopefulist”!

My website is up and running everyone! I’m so freaking excited! It’s your one stop spot for everything “The Hopefulist”. Please check it out at Hopefulist.com.